Concerns about the environment and about your bottom line boil down to the same thing: conserving water is important! Sometimes we waste water without giving a second thought or just think the waste is worth the convenience. Whatever your situation is, you should know these top ten ways Americans waste water:

Conserving water doesn’t just help the world, it also helps you. Another way to help yourself is to contact the Bienvenu Brothers for all your plumbing and HVAC needs. Active in Metarie, LA since 1937, no job is too big or too small! Just call (504) 835-7783. 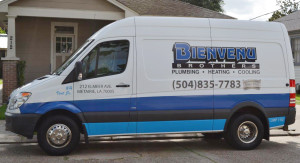 Bienvenu Brothers’ mission will always be the same: to be the most dependable, professional, efficient, and reliable plumbing and heating contractors in Metairie, LA